AUBURN, Ala (WRBL) – Court documents obtained by WRBL News 3 are providing new information on why Auburn investigators charged a local teen as an adult in the deaths of Rod and Paula Bramblett.

On Monday, July 1, 2019 Auburn Police arrested 16-year-old Johnston Edward Taylor on warrants charging him with two counts of Manslaughter, a Class B Felony.

In the Affidavit Charging Crime News 3 uncovered an ALEA crash report indicates the teen was traveling 36 mph over the speed limit when he rear-ended the Voice of the Auburn Tigers and his wife. The deadly crash happened May 25th along Shug Jordan Parkway.

The document also states a blood sample taken from the teen at the hospital indicated “recent” use of marijuana.

“On June 28, 2019 the Auburn Police division received a report from the Alabama Law Enforcement Agency’s Traffic Homicide Unit including data confirming that Taylor‘s vehicle was accelerating from 89 to 91 mph when the crash occurred; no braking was indicated. The posted speed limit for that section of Shug Jordan Parkway is 55 mph. On July 1, 2019, the Auburn Police Division received the Toxicological Analysis Report of Taylor‘s blood sample from the Alabama Department of Forensic Sciences. The report indicated that Taylor‘s blood sample contained THC, which is the primary psychoactive component of marijuana and is indicative of recent usage of marijuana at the time of the collision on May 25, 2019.”

The document confirms a search warrant was obtained for both vehicles, to include their Electronic Data Recording Modules; data was extracted from both and analyzed by the Alabama Law Enforcement Agency. These modules are similar to an airplane’s “black box” and records information related to vehicle crashes.

Per Alabama Criminal Code 12-15-204; Taylor was charged as an adult and taken into custody at his residence in Auburn on Monday. Taylor was booked into the Lee County Detention Facility where he posted a $50,000 bond and was released.

The charges come more than a month after the May 25th crash along Shug Jordan Parkway near W. Samford Avenue. The crash happened on a Saturday evening around 6:08. Early Sunday morning,

“The fatality accident victims in Saturday’s two vehicle collision in Auburn were 53-year-old Rod Bramblett and his wife, 52-year-old Paula Bramblett, of Auburn. Paula Bramblett died at 7:50 PM in the emergency room of East Alabama Medical Center from multiple internal injuries and Rod Bramblett, known as the “Voice of the Auburn Tigers”, died at UAB Hospital in Birmingham from a severe closed head injury,” said Harris 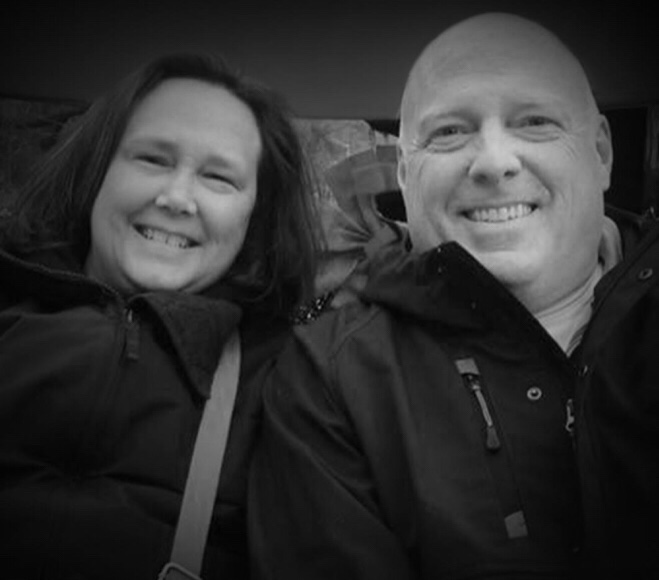 According to the The Alabama Uniform Traffic Crash Report released on June 6th, Taylor told police he fell asleep while driving and remembers nothing.

The crash report uses ‘Unit 1’ to represent the 2011 Jeep Laredo a 16-year-old male high school student was driving when Auburn police say he hit the back right portion of ‘Unit 2’  which represents the 2017 Toyota Highlander occupied by Rod and Paula Bramblett the day of the deadly crash.

Based on the information provided in the report it appears the deadly injuries sustained by Rod and Paula Bramblett were caused by the force of the rear impact only. The Bramblett’s vehicle was not pushed into a light or traffic signal pole.

The ‘Narrative’ of the crash report reads as follows:

“Unit 1 was traveling southbound in the outside lane on Shug Jordan Pkwy approaching W Samford Ave. It appears Unit 2 was stationary or near stationary in the southbound outside lane of Shug Jordan Pkwy at the traffic signal at W Samford Ave. The Driver of Unit 1 stated he fell asleep while driving and did not remember what happened. The driver and passenger of Unit 2 were unable to give a statement due to their injuries. Unit 1 struck Unit 2 to the right of center. The impact caused Unit 1 to strike a pedestrian crossing signal and a traffic light pole before coming to a final rest. Unit 2 was pushed into the intersection and through the opposing lanes of traffic before coming to a final rest on the curb. The information in this report is based on current and available data and does not yet include data extracted from vehicles and toxicology reports.”

In the days following the crash, hundreds attended a Celebration of Life Service in Memory of Rod and Paula Bramblett at the Auburn Arena. The beloved Voice of The Auburn Tigers and his high school sweetheart were both graduates of Auburn University. They were remembered as a couple who were very much in love, who sacrificed for one another and adored their two children, a 20-year-old daughter, and 15-year-old son.

News 3 will continue to update you on this developing story.

Tropical Storm Cristobal forms in Gulf as we remain humid

Back to warm and humid with the tropics heating up too

Welcome to June! Hot but not as humid today

Warm & dry as the month of June begins

Front is through, drier air moving in with temperatures warming

Trending drier and warmer for the last weekend of May

Warm, humid with isolated showers as we wrap up the month of May.

INDIANAPOLIS -- When Monday night’s protest ended with demonstrators and police officers hugging and walking together near the governor’s mansion, it took many people by surprise.

Protestor Malik Muhammad said afterwards, "I never in a million years thought I would embrace a cop like that. I feel like our message was heard, by some at least."

RALEIGH, N.C. (AP) — President Donald Trump announced Tuesday night that he is seeking a new state to host this summer’s Republican National Convention after North Carolina refused to guarantee the event could be held in Charlotte without restrictions because of ongoing concerns over the coronavirus.

Trump announced the news via tweet, complaining the state’s governor, Democrat Roy Cooper, and other officials “refuse to guarantee that we can have use of the Spectrum Arena" and were not “allowing us to occupy the arena as originally anticipated and promised.”

WASHINGTON (AP) — Protests were largely peaceful and the nation's streets were calmer than they have been in days since the killing of George Floyd set off demonstrations that at times brought violence and destruction along with pleas to stop police brutality and injustice against African Americans.

There were scattered reports of looting in New York City overnight, and as of Wednesday morning there had been over 9,000 arrests nationwide since the unrest began following Floyd's death May 25 in Minneapolis. But there was a marked quiet compared with the unrest of the past few nights, which included fires and shootings in some cities.

Alabama man walking 1,000 miles to Minnesota, wants others to join him

Detention officer quits after being told he couldn’t kneel

Columbus Police on the scene of deadly accident on Macon Road

‘If you can say you can’t breathe, you’re breathing:’ Mississippi mayor apologizes for tweets on George Floyd

Alabama man walking 1,000 miles to Minnesota, wants others to join him

Detention officer quits after being told he couldn’t kneel

Columbus Police on the scene of deadly accident on Macon Road

‘If you can say you can’t breathe, you’re breathing:’ Mississippi mayor apologizes for tweets on George Floyd