(CBS)- The nation is celebrating one of the few surviving Tuskegee Airmen, a group of servicemen who broke barriers as the country’s first black military pilots.

Brigadier General Charles McGee is getting honored across the country and on several stages.

At 100 years young, Brigadier General McGee is getting much deserved recognition.

To mark Black History Month, NASA is paying tribute to one of the nation’s few surviving Tuskegee Airmen who broke barriers in World War two as the country’s first black military pilots.

The legacy would continue to change the course of history.

The tribute came just hours after President Trump honored the centenarian during Tuesday’s State of the Union address.

A salute seen from one big arena to another.

The general kicked off Super Bowl 54 with a coin toss.

And even in the applause, Brigadier General Mcgee is still encouraging others to continue fighting for change.

“If you aren’t mentoring a youngster, find one. They are out there. They are the future of our country,” said Brigadier General McGee.

McGee’s mentee of 30 years was at the NASA tribute.

“It’s never too late but it would have been great to have it come sooner. But I thank God he was able to live long enough to get this,” said Mamie Lanford Singleton, McGee’s mentee.

She’s thankful the general is still able to share his message and the legacy of the Tuskegee Airmen.

General McGee has also been honored by other sitting U.S. Presidents. President George W. Bush awarded McGee with the Congressional Gold Medal in 2007.

Drier, colder, and the best part, SUNSHINE is back

Less rainy days ahead in the forecast

Rain Rain will go away, with a majority of fair weather days in this First Alert Forecast

Light showers today with a few thunderstorms this evening

“Here comes the sun”, then the clouds return, a bit of a buzz kill

The sun is back!

CHARLESTON, WV (WOWK) - A Huntington woman has been indicted by a federal grand jury in connection with laundering funds from an international fraud scheme, according to United States Attorney Mike Stuart. The fraud scheme scammed money from individuals, many of whom were elderly, from several states and countries.

Patricia Dudding, 68, of Huntington was indicted on 12 counts and charged with conspiracy to commit money laundering, bank fraud and unlawful money transactions, according to Stuart's office. Dudding acted as a money mule for a Nigerian scammer, "Lucas," who she met online in early spring 2018 and communicated frequently with by email and text message, according to the indictment.

Columbus, Ga (WRBL)- Across the United States, everyone is sorted into a specific tax bracket. While everyone belongs to different tax brackets, knowing which one you're in can be confusing.

There are seven tax brackets, based on your taxable income and filing status:

Should Alabama repeal its grocery tax?

Meet Frankie: Pet of the Week from Animal Ark Rescue in Columbus

Ransomeware attacks against American cities on the rise 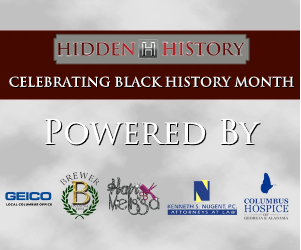 Remarkable Women: Columbus business owner says her dedication to charity and community is driven by God

CDC recommends men shave their beards to protect against coronavirus

Should Alabama repeal its grocery tax?

CDC recommends men shave their beards to protect against coronavirus